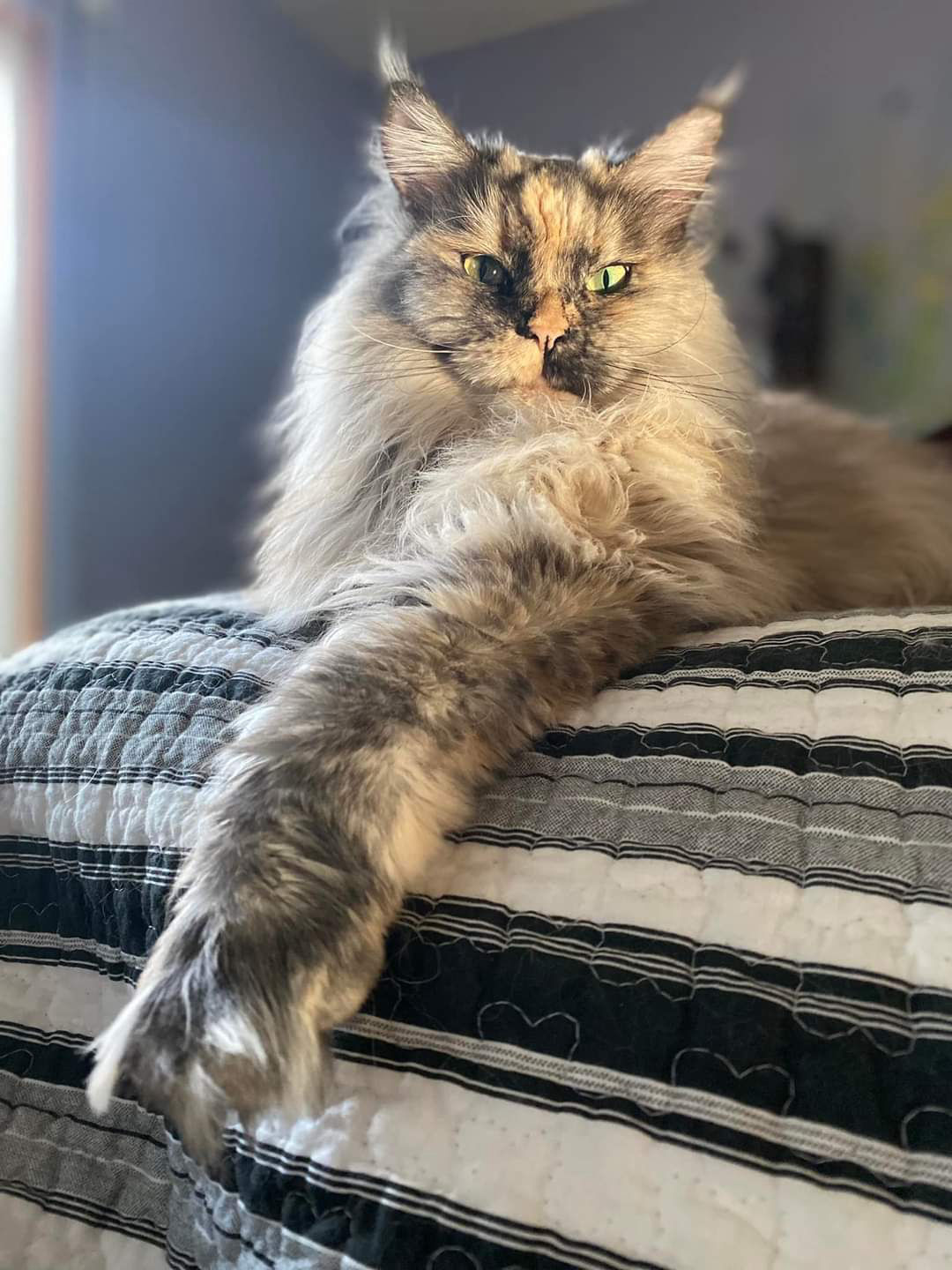 This article is addressed to those cat lovers and owners of catteries, as well as the chairmen of those clubs and associations that set as their main goal the consolidation and improvement of the pedigree qualities of their animals through purebred breeding and selection (selection). We emphasize right away that since selection involves strict culling, this goal comes into conflict with commercial breeding of cats, where the main goal is profit.

Inbreeding as a component of purebred breeding
In the course of his work, the breeder-breeder must decide which females should be mated with which of the selected males so that their offspring will combine certain traits and acquire improved features. This selection event is called the selection of pairs for crosses. The selection of pairs should be carried out systematically and systematically, and its goal is to change the genetic structure of the animal population of a given nursery in the desired direction or to preserve and consolidate a certain combination of valuable traits in the offspring. Sometimes, to breed new breeds or introduce completely new features into the breed that were not previously characteristic of it, interbreeding or even interspecific crossing is used, but usually the main focus of the breeder's work is the so-called purebred breeding - mating individuals of the same breed.

Purebred breeding is divided into two types: outbreeding - a system of unrelated matings of animals within a breed, and inbreeding - a system of matings of individuals with a close degree of relationship, such as brother-sister, father-daughter, mother-son, cousins, etc. . In general, inbreeding assumes that the mated individuals - the future father and mother - have common ancestors, or at least one common ancestor. Although for specialists the importance and necessity of inbreeding in purebred breeding is obvious, among amateurs there are a lot of myths and prejudices, both against inbreeding itself and against the use of inbred sires in breeding. (Let's say in advance that the latter is a particularly big mistake, since inbred selective sires are, as a rule, prepotent - their children are mostly "father-like" - and also often produce exceptionally strong offspring.)

Since, during inbreeding, genes that were in a heterozygous state pass into a homozygous state, in the next generation, no splitting will be observed when homozygous animals of the same color are crossed. In this way, with the help of inbreeding, hidden traits are revealed, desirable traits are fixed in generations, and stable genetic lines are created.

The fastest practical way to increase homozygosity in higher animals is the mating of siblings (siblings) who have a common father and mother (it does not matter whether the sibs are taken from the same litter or from different litters), as well as the mating of a father with a daughter or a mother with son. Sometimes the opinion expressed among non-professionals that, they say, it is possible to mate a father with a daughter, but not a mother with a son, is a myth that has no basis; the effect of these two types of inbreeding is exactly the same. If such close inbreeding (incest) for 1b generations in a row, then 98% homozygosity for all genes is achieved, and therefore, due to the lack of splitting, all individuals of these litters become almost identical in genotype and phenotype - all children are the same, like twins. Of course, in practice it is usually used inbreeding of a much lesser degree, and, accordingly, a much lower degree of homozygosity is achieved.
It should be noted that the mating of second cousins (common great-grandfather) leads to an increase in homozygosity by only 2% with an infinite number of generations. placed in front of a system of related matings. Breeders who for one reason or another avoid inbreeding may not be afraid to mate second cousins.

. If a common ancestor is repeated in both the maternal and paternal parts of the pedigree, then first its occurrence in the maternal pedigree is put, and then, through a dash, in the paternal one. Then the crossing son x mother will be designated as I-II (Fig. 2, a), father x daughter as II-I (Fig. 2.6), brother x sister as II-II (Fig. 2, c, d) , grandfather x granddaughter as III-I (Fig. 2e), cousins x sister as IIIIII (Fig. 2f), etc. Inbreeding type father x daughter (II-I), son x mother ( I-II) and brother x sister (II-II) are designated as very close, or incest; inbreeding type II-III or III-II is close inbreeding; and crossing III-IV, IV-III, IV-IV, II-V, etc., is moderate inbreeding. Due to the lack of tangible effects, more distant inbreeding in practice can not be considered as true inbreeding. Owners of high-class pedigree cats, having taken a cat's pedigree in their hands, can evaluate for themselves how often and to what extent inbreeding was used by the breeders who participated in the breeding of this pet.

Inbreeding depression and heterosis
Why, then, in human society in most civilizations, there is either a direct ban on incest, or condemnation of it? Moreover, why in the wild, too, everything is adapted so as to avoid inbreeding and homozygosity as much as possible? The main reason is that for both wildlife and human society to successfully survive and adapt to changing environmental conditions (including social and economic in the case of human society), a variety of genotypes and individuals in the population is necessary. In a diverse community there will always be individuals best adapted to a given particular situation; however, the situation is changing - and other individuals, with other signs, swim to the surface. The monotony of a population, although well adapted to the given specific conditions of its existence, dooms the biological species to extinction when the conditions of existence change. Thus, the desire to create diversity is necessary not for individual individuals, but for the whole species in order to meet the various and changing requirements of the environment and the historical process. .

But there is also a direct danger of inbreeding for individuals. The fact is that both in the process of the individual life of an animal (and a person), and throughout generations from time to time mutations occur - changes in genes. Most of the mutations are harmful, and if they were immediately manifested, they would lead to death (lethal mutations), deformities, abnormal behavior, inconsistencies with the environment, and so on. However, most of the mutations are at the same time recessive; in combination with a normal paired gene, due to the double set of genes, it does not appear in the heterozygous state. Each heterozygous individual, including every person, has a load of such harmful, but not manifested, latent mutations. Inbreeding creates homozygosity, including homozygosity for harmful genes, and, therefore, leads to their phenotypic manifestation in offspring - intrauterine or early death, deformities , reduced viability, etc. This phenomenon is called inbreeding depression.
Let us ask the opposite question - why, despite the danger of inbreeding depression, breeders who breed and improve domestic animals so often resort to inbreeding and are not afraid of it? The answer is simple: breeders select the best ones, culling (for example, castrating) those with undesirable traits. Thus, during inbreeding, when the genotype is decomposed into homozygous lines, harmful recessive genes appear and are removed from further breeding, and all "good" genes and their combinations are fixed in a homozygous state and are left for future generations. Thus, inbreeding in the hands of a breeder is a way to remove a load of harmful mutations from the genotype, on the one hand, and create the necessary combinations of valuable genes and traits, on the other. In addition, due to homozygosity, the uniformity necessary for breeding any new breed that meets the requirements of this breed is created, and the corresponding valuable traits are fixed in the offspring. It should be noted that as inbreeding and selection of the best, due to getting rid of the load of harmful latent mutations, the risk of inbreeding depression in closely related crossing of selected inbred animals decreases.
When crossing between representatives of different independent inbred lines, a phenomenon can be observed that is in a certain sense the opposite of inbred depression - heterosis, also called "hybrid strength". Such hybrids of two inbred animals usually show increased viability, growth, fertility, etc. This is because when crossing between two inbred lines, selected and therefore similar in terms of the typical characteristics of the breed, homozygosity for these selected characteristics is preserved in the offspring, while the remaining unculled harmful mutations are transferred to the heterozygous state and thus become recessive, i.e. do not appear. 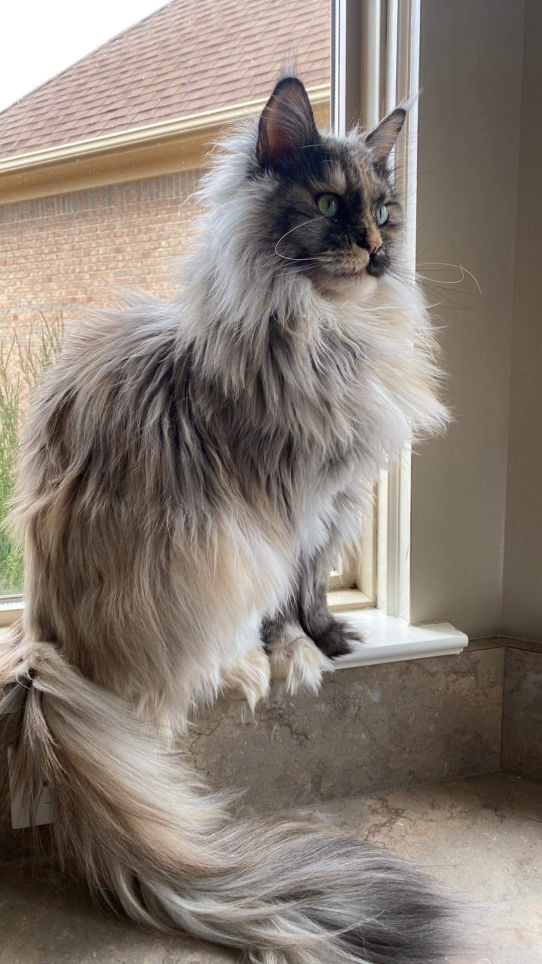